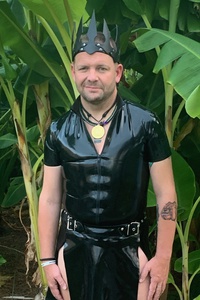 You can now find him groping every pair of boots in sight whenever he gets the opportunity to bootblack, as well as teaching classes virtually (thanks, Covid) and perverting everyone willing along the way. He currently calls Cincinnati home with his French Bulldog, Pomme Frites (Fritz). Bamm is the loving Daddy to his little, Dougie, who is helping him navigate this whole new world. 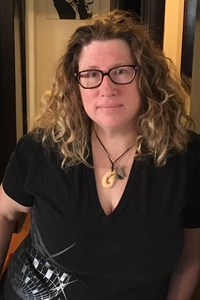 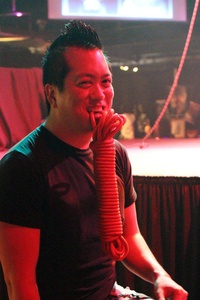 Tyger Yoshi began his exploration in California where he first became interested in rope bondage from the aesthetics of geometric shapes and body framing of men bound in ropes. He is mostly self-taught by taking images of others tied up and mimicking the shapes and patterns provided. He was also very fortunate to be able to attend demos and classes where he was able to pick up other specific techniques to utilize. Because of this way of learning, his style is more of a fusion of different styles of rope bondage; i.e. shibari, western bondage, etc.

One of Tyger’s goals is to pass on his knowledge and experience to others. Currently, he resides in Colorado where he provides small classes for those interested in learning more about rope bondage. He also provides demos and performances to help instigate interest in those who are new and exploring their kinkier interests. 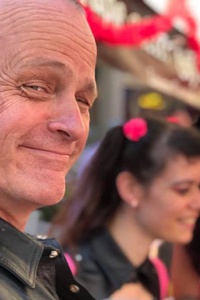 Hans RJ West is a kink aware coach, therapist and teacher based in Amsterdam. After years of experience in the treatment of chronic diseases (COPD, cancer) with an emphasis on the restoration of quality of life, he made a step towards the treatment of addiction and stress / anxiety. His approach is theoretical, focused on biology, emotional understanding, non-judgmental and the intent for his clients to be in control of their life (and treatment.) He currently provides online counselling for drug addiciton and depedence as part of COVID precations to ensure health in his practice and with his clients. He hold degrees from Oosterlicht College Utrecht, and Vrije Universiteit Amsterdam. 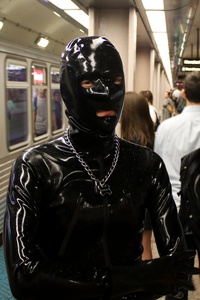 Whiteout is your friendly neighborhood gimp looking to make you smile. This will be whiteout’s 7th MIR which he has attended continuously since 2013. He’s a simple gimp who enjoys making YouTube videos all about rubber things

Andy Higgins has been a member of the Manchester Rubbermen (MRM) Core team for 6 years. In Andy's professional work he supports Deaf people around the UK as a British Sign Language Interpreter. On the Kink scene Andy, along with the MRM movement, strives for inclusivity and diversity. "Come as you are" #justbeyou is something Andy mentions to people alot. In 2020 MRM was the first event to cancel its annual event due to Covid-19. Manchester and Greater Manchester has had varying restrictions and was put in the UK's highest lockdown on 23rd October after being in partial restrictions since July. Keeping people together and connected can be challenging and Andy will be guiding us through this topic of discussion. 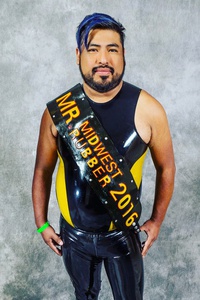 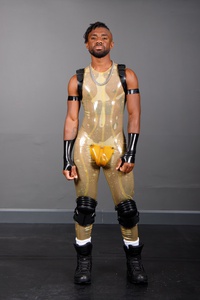 Sandy Pianim is the brand director of RECON, a platform for men and their fetishes, and he’s been on a journey over the past five years to help make Recon a more representative and inclusive platform for men of colour. 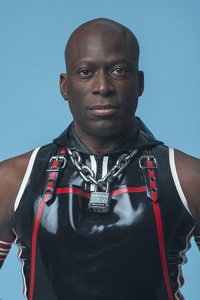 Antoin is the Brand Events Producer for Recon and is known to us as a very keen rubber man of colour. He's been working with the Recon brand and has helped to support parts of the global kink community for over 14 years.

Being the producer of Recon’s brand and promotional events, as well as their play parties, Antoin is very well-travelled, is a well-known face on the scene, and has experienced a lot of the diversity within the scene, globally. As a Brand Ambassador, Antoin is genuinely invested in empowering those he meets within the community to be themselves and live their best fetish life - whatever that means for you. He brings a wealth of experience, knowledge and insight and is always happy to stop and have a chat. 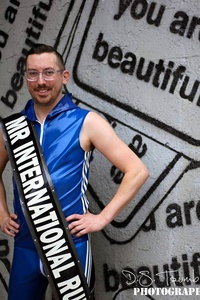 A native Chicagoan, he holds the title of Mr. Midwest Rubber 2015 and MIR19. He has been actively involved in the Chicago kink community for the last 10 years, and is a member of the Chicago Rubbermen, Titans of the Midwest, and the Chicago Band of Brothers. He continues to volunteer for LGBT and various service organizations, including the Center on Halsted, AIDS Foundation of Chicago, Gay for Good, TPAN, Equality Illinois, and the Lakeview Food Pantry.

Gummibärchen traveled extensively over his title year. He continues to highlight the Midwest kink community, works to foster the growth of rubber clubs throughout the world, and promotes his sense of humor and wit, along with his penchant for community involvement and volunteerism. 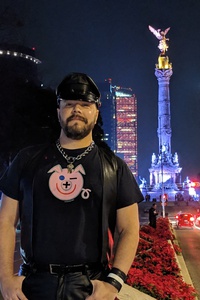 Born and raised in Caracas, Venezuela, Miguel has called Chicago home since 2000. His introduction to leather started in the mid 2000's when he stumbled into the IML hotel by chance.

He is a former board member, and an active volunteer for Howard Brown Health Center - an organization that provides health services to the LGBTQ community regardless of income. He has been an IML contestant handler for the last 5 years; is the founding President of the Chicago Band of Brothers; a co-producer of Mr Chicago Leather; the resident den daddy for the Mr Chicago, Mr Indiana and Tri-state Leather contests; he has produced several events and parties at CLAW, GLLA and other events like The Eagle Rises benefit and the IML Black and Blue Ball in 2015.

A pup trainer/handler, he's dedicated to spread puppy love and education throughout the community. Proud Sir to his pups Rowdy, Figaro, and Raidho. His favorite kink is electro play and he’s always willing to introduce those that are curious to a safe and fun electro scene. You can usually find him in the back room of Touche Chicago with his boots on top of a sub, having a cigar outside or eating quesadillas with his pups at one Chicago's delicious late night Mexican restaurants.

Miguel was a judge at MIR23, and has been a tally master for several previous iterations of Mr. International Rubber. He looks forward to co-hosting MIR24 with his friend Jeffrey Basile. 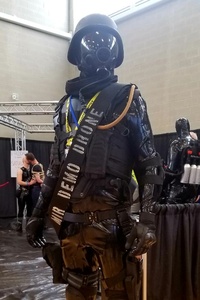 labratbot is a drone in Chicago. They specialize in DJing and sound selection, subbing in heavy bondage, hugs and human assimilation. They assist their gear fetish community through their work at MIR, IML and GearBlast US. 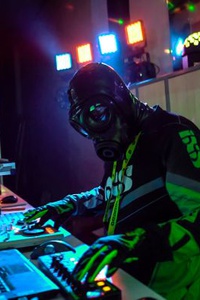 Hi, I'm Spikey from Germany. I'm a 40 years old GearHead with rubber as my favourite fetish. Rubber-Fullsuits and gasmasks are my absolute favourite gear. I'm active in organizing fetish-events in Europe (Gearblast Europe). I like the whole fetish-community in that way and am interested in supporting it for years now. I like mixing music like progressive, melodic, techno and psy-trance music style. It is a great honor for me to have been asked for creating a mix for this hot event! Thanks very much for the trust in me!!! I hope you like it.